Fossils on the streets of Pamplona (Spain)

I have recently been to Pamplona (Spain), talking about the wonderful fossils that can be found on the streets of this city.

A fossilized marine mammal on a street of Girona (Spain)

This photograph was taken last September on a street of Girona, in Spain, when a group of palaeontologists removed a limestone pavement slab with the fossilised remains of a sirenid, a sea cow. 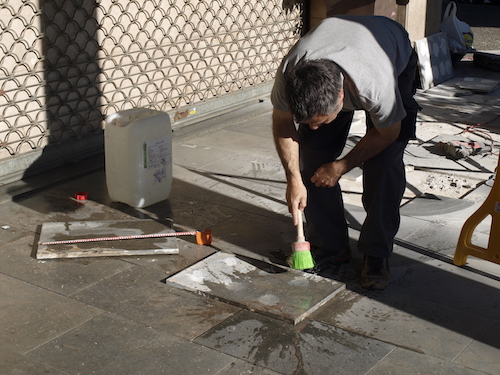 Fossils on the streets of New York

The streets of New York hide some stunning urban fossils unheeded by the hurrying passers-by. Dinosaur-palaeontologist Dr. Kenneth Lakovara has found many of these hidden treasures and let us know about them. A couple of years ago,Dr Lacovara went fossil-hunting on the streets of this city and described some of these fossils in in ABC's Born to Explore TV series.


Join me this Sat on ABC's Born to Explore, as we search for fossils in NYC (11AM in Philly) @DrexelUniv @AcadNatSci pic.twitter.com/nLZ9yp1G8K

Most of the buildings of downtown Brussels have been built with artificial materials such as bricks and concrete. Natural construction stones are not very common around this city, therefore using artificial construction materials is quite common in the region. However, some streets and squares of Brussels have been paved with a dark limestone (see photograph below) with a very rich and interesting fossil content. 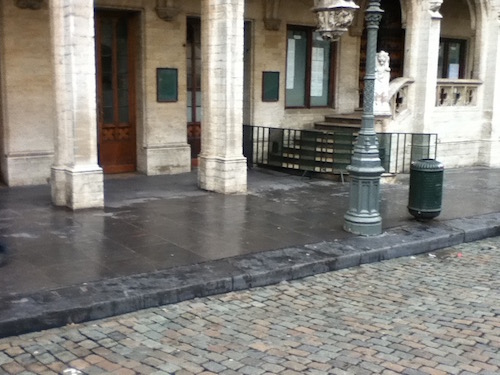 Marine fossils on the streets of Amsterdam

The city of Amsterdam hides very good examples of urban fossils on building walls and the pavements of streets and squares. As Annemieke van Roekel describes in her book «Discover Fossils in Downtown Amsterdam», the Carboniferous limestone known as "bluestone" has been used for centuries as a construction stone on pavements, façades, staircases, windowsills, etc. Since this rock is very rich in marine fauna, you can find interesting urban fossils on a walk through the city's historic centre. 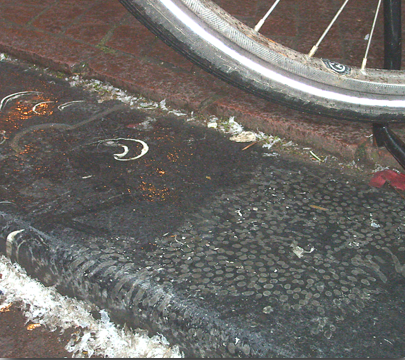 Read More…
Urban fossils are the remains of extinct organisms that were preserved in construction stones. Click on the map below to find them.

Paleourbana is a collaborative project. The goal of this website is to share information about urban fossils all over the world. Have you seen urban fossils that are not on the map. Share them!

Thank you for visiting Paleourbana. Please, note that I am not a professional Palaeontologist. Forgive any mistakes on this website and feel free to make any suggestions to improve it.