Marine fossils on the streets of Amsterdam

Two varieties of "bluestone" can be found on the streets of Amsterdam's city centre. Large blocks and slabs of this stone that have been traditionally used in the oldest buildings of the city have been quarried in The Ardennes, Belgium. This Carboniferous limestone is very rich in fossil remains of some of some the main marine groups of that period, such as crinoids (sea lilies) and brachiopods. Crinoid fragments are very common in Belgium "bluestone", as can be seen in many buildings of Amsterdam' city centre.

Longitudinal cross section of a gastropod in a "bluestone"

Urban fossils are the remains of extinct organisms that were preserved in construction stones. Click on the map below to find them.

Paleourbana is a collaborative project. The goal of this website is to share information about urban fossils all over the world. Have you seen urban fossils that are not on the map. Share them! 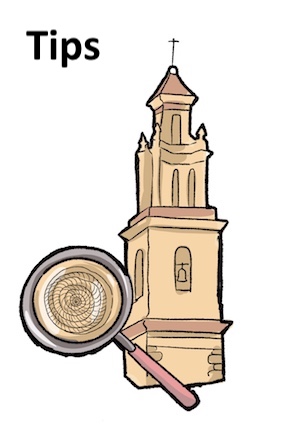 Thank you for visiting Paleourbana. Please, note that I am not a professional Palaeontologist. Forgive any mistakes on this website and feel free to make any suggestions to improve it.